Looking for a Bible promises book for children ages four to seven? Check out these books from Zonderkidz . . . and me!

Written by Jean Kavich Bloom and illustrated by Sheila Bailey 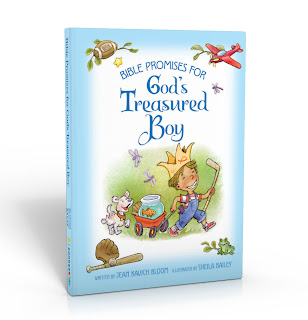 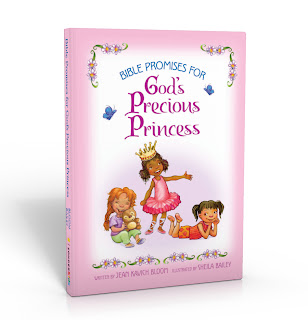 Jean Kavich Bloom worked at Zondervan in Michigan for nearly twenty-four years, most recently as an Executive Managing Editor. Now a freelance writer and editor living in Indiana, she enjoys working at home and spending time with her family. amazon.com/author/jeankavichbloom

Sheila Bailey works in watercolor and digital media. In fact, it is this combination of tools that allows her to achieve her characteristic style. Sheila began her career as a designer and painter for Hallmark, Inc. Later, she became a featured designer at Will Vinton Studios. Formerly published under the name Sheila Lucas, Sheila Bailey has been writing and illustrating children's literature for more than a decade. Away from her brush, Sheila enjoys gardening and tending to her koi pond. She currently lives in Redwood City, California.

"I’ve worked with my share of editors over the years, and I have to say Jean has been a delight! Solid in her critique but encouraging at the same time. A rare balance--and just what a writer needs!" - Buck Storm, author of Venus Sings the Blues (Kregel). (For more testimonials, go to the Author Testimonials tab.)

"Jean is great to work with! She is an excellent developmental editor and a great copyeditor. I love that we can count on her to see both the big picture and all the little details. She's very professional and timely in her work and able to develop great rapport with authors. I highly recommend her!” - Ellen McAuley, Managing Editor, Bethany House Publishers. (For more recommendations, go to the Professional Recommendations tab.)

Find Me on LinkedIn:

From my Blog Posts page (see tab above):